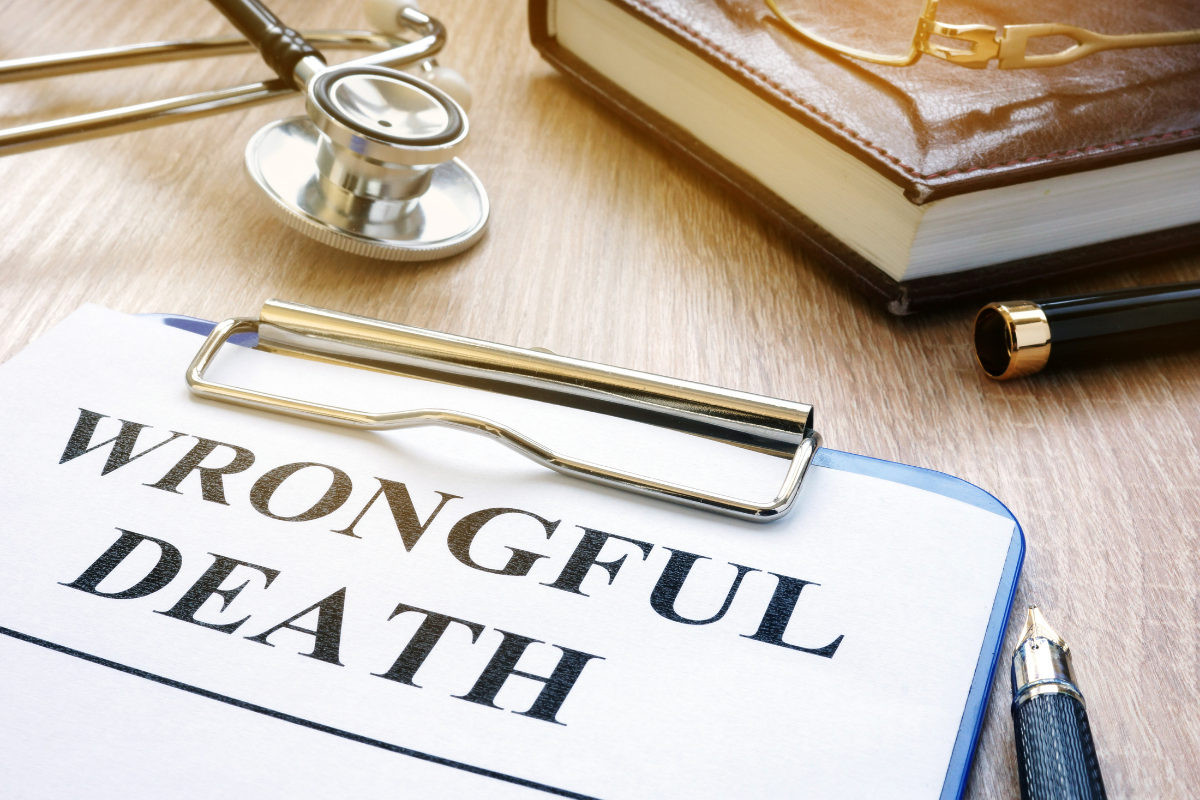 A wrongful death claim covers a death caused by the negligence of another.  The loss of a loved one can result in financial hardship and emotional suffering. Wrongful death claims in Colorado and other states allow surviving family members to seek justice in the form of financial compensation.

Wrongful death has its root in Britain, when legislators passed the Fatal Accidents Act of 1846. Up to this point, individuals could only seek legal compensation for personal injury or damage to property. There was no course of action for family members to take if an individual was killed. Emotional and economic losses no legal bearing.

The development of the railway system in the 1830s resulted in several notorious accidents which caused the deaths and injuries of many people. As a way of holding the railway companies accountable, coroner’s juries began to revive an old form of penance known as the deodand.

The deodand required any object or animal that caused the death of another to be handed over to the crown. The crown would then, in theory, sell the deodand and use the profits to benefit the general population. In the case of railway accidents, a monetary amount was assigned to a train that caused death and levied against the railway company.

In 1841 on Christmas Eve, a train derailed on the Great Western Line, killing 8 passengers. The local inquest jury assigned a deodand of 1000 pounds. A Board of Trade inspector subsequently exonerated the railway, and they paid nothing.

The outrage generated by these proceedings alerted local legislators, including Lord John Campbell. He introduced the Fatal Accidents Act of 1846, which provided a way for family members to seek damages on behalf of a wrongfully-killed relative. It also abolished the deodand.

Who Can File a Wrongful Death Claim in Colorado?

Wrongful death in Colorado falls under the same general guidelines as every other state: certain family members have the right to seek damages after a loved one was killed due to negligence.

There are limitations as to which family members can file the claim in Colorado:

How is Wrongful Death Determined?

In Colorado, like most other states, the standard of proof used in a wrongful death suit is known as preponderance of the evidence. This is a standard that makes a decision based on a claim being more likely to be true than not true. Specifically, a proposition must be more than 50 percent likely to be true.

In other words, if the individual or individuals seeking damages can reasonably demonstrate that the other party was at fault through various means (evidence, expert testimony, eye witness accounts, etc.), they will win their case.

What Are Some Examples of Wrongful Death?

Any instance where someone was killed as a direct result of another individual or entity may constitute wrongful death. Some specific examples include:

*If the death was determined to be the cause of a criminal act, the family has the right to file a civil suit in the form of wrongful death in addition to any criminal proceedings.

What Expenses are Covered?

Economic and emotional damages may be recovered under a wrongful death suit, including but not limited to:

When Should I File a Wrongful Death Claim?

Statutes of limitations in wrongful death cases vary according to the specific cause of death. In Colorado, this is generally limited to 2 years, unless it is a case involving vehicular homicide. In such cases, a claim must be initiated within 4 years.

Regardless of the cause of death or statute of limitation, it is best to contact an attorney as soon as possible.

The Roth Group Is Here to Help

Losing a loved one is a traumatic and emotional experience. You deserve the right to grieve without the added pressure of wondering how you will support yourself and your family. If you have suffered the loss of a family member due to the negligence of another, please call our office to see how we can help.