Who Is At Fault in a Bicycle Accident?

Who Is At Fault in a Bicycle Accident? 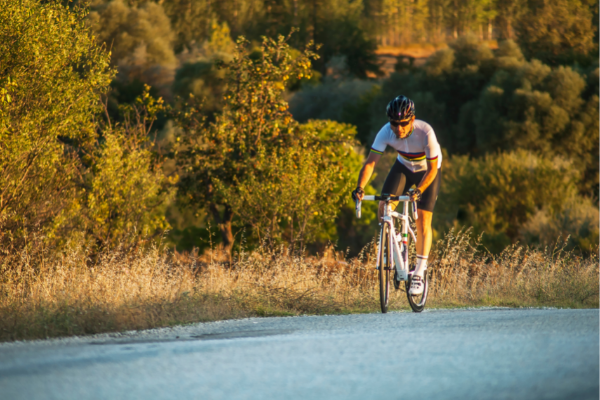 Cycling is a favorite pastime in Colorado, where warm sunny days and gorgeous trails provide the perfect backdrop for outdoor fitness. Unfortunately, the more cyclists there are, the more likely an accident is bound to occur. The most common types of cycling accidents involve collisions with motor vehicles.

Fortunately, fatalities from bike crashes involving cars are relatively rare. However, serious injuries as a result of these accidents are quite common. In 2019, the Consumer Product Safety Commission reported over 415,000 visits to the Emergency Room as a result of bicycle accident-related injuries.

Is a Cyclist Ever at Fault in an Accident?

You may be wondering who is at fault when a bicycle accident occurs. For many of us, our first instinct is to blame the driver of the motor vehicle, not the cyclist. This is largely due to the size and speed discrepancy between a car and a bicycle. The bicyclist may be seriously injured, while the driver of the car remains unharmed. This creates a natural bias against car drivers who have struck a cyclist.

However, there are instances when a cyclist may, in fact, be at least partially to blame in an accident. Fault is determined based on the exact circumstances of the crash, and there are two main scenarios in which a cyclist can be found negligent:

As odd as it may sound, bicycles are considered vehicles under Colorado law. When on the road, cyclists must obey all the same traffic rules as if they were driving a car or riding a motorcycle. This includes:

Many cyclists inadvertently break these rules, either through ignorance or from a perceived sense of danger. If a cyclist feels the road is too dangerous, for example, he or she may ride along the sidewalk where it is not permitted. Or, in a quiet neighborhood, Stop signs might be treated more as Yield signs.

Regardless of the reason, if a cyclist is found in violation of local traffic laws at the time an accident occurs, he or she can be held liable.

2. The Cyclist Was Intoxicated

Again, cyclists have to adhere to the same rules as someone operating a motor vehicle. Cycling while intoxicated can lead to serious consequences, including injury and death. Of the 893 fatal bicycle accidents that occurred in 2019, 25% of all victims were found to have alcohol in their systems.

If an injury or death occurs and the cyclist was found to be over the legal limit of alcohol, he or she may be found responsible for the crash.

What Happens When Both Parties are At Fault in a Bicycle Accident?

In many cases, accidents are not cut and dry. Both parties may have contributed in some way. Perhaps one ran a stop sign and the other was driving under the influence. In such cases, all but a handful of states use a system of comparative negligence.

Under comparative negligence, the extent to which an individual is found responsible for an accident is given as a percentage. If a cyclist was found 20 percent liable in a $150,000 lawsuit against a driver, for example, he or she could claim only 80 percent of those damages.

Parties are not allowed to seek damages if they are found liable beyond a certain percentage. In Colorado, this is 50 percent. A person determined to be 51 percent at fault for a crash is thus unable to seek any compensation.

When Should You Hire a Bicycle Accident Lawyer?

Any time a cyclist is involved in an accident, it is wise to consult with an experienced bicycle accident attorney. Crashes involving bicycles and motor vehicles quickly become complicated, and the injuries sustained from these events tend to be much more severe. A qualified attorney will help you seek full or partial damages while you focus on recovery.

If you have been involved in a cycling accident in Colorado, contact David Roth at the Roth Group. Dave has helped hundreds of people in and out of the courtroom, and he is dedicated to ensuring the best possible outcome for his clients. Call our office or go online today to schedule your free consultation.